Nora is a private, reclusive person, writing crime-fiction full-time in her one-room apartment and running in her spare time. Ten years ago she ran from her life, fleeing far to a zip code where no one knows her name. When a mysterious email reaches Nora inviting her to a hen weekend (bachelorette festivities) for an old friend she has not seen in a decade, she accepts with great trepidation. As the story unfolds, chapter-by-chapter the reader learns what exactly happened to Nora so many years ago.

Throughout the book, the reader is brought to present time, where Nora is in near-critical condition in a hospital bed. The police are also guarding her hospital room, a life has been lost, she is under investigation for committing murder, and she can’t remember a thing. Flip-flopping with present time narration is the recounting of the hen weekend as Nora remembers bit by bit what events transpired to land her in the middle of a murder investigation, fighting for her life and her freedom. Can she remember what in the world happened before it’s too late? What if, in her quest to discover the murderer’s identity, she realizes the terrible truth that it was her all along?

In a Dark, Dark Wood is a quick, easy, addicting page-turner. A great deal of importance was placed on the setting of the book, particularly the house where the hen weekend takes place. A huge glass house in the middle of nowhere, the guests are made to feel as if they’re on display, like animals in a cage at a zoo with the deep dark forest as their audience. The foreshadowing in the book was also very important, with a great deal of speculation spent on a supposed unloaded gun hanging up in the house and mysterious footprints found in the snow. This gave the book a very Agatha Christie feel, raising the “who dunnit” scenario once the reader discovers the weekend ends in murder. With all that being said, however, the storyline is just very simple. It all comes together very well, with the characters and the setting and the plot, but it was really missing depth. It didn’t really do what a murder mystery should do for me. I’m usually terrible at figuring out what’s going to happen ahead of time, but it wasn’t too difficult to solve this case, and that disappointed me. Or maybe I just managed to put the pieces of the puzzle together before it was blatantly spelled out for me.

Because of how perfectly, almost too perfectly, the characters and setting and everything fell into place, I was hoping for something a bit creepier. Not to judge, but the cover and title and premise suggest a bigger creep factor than what actually happened. It was all pretty tame. Gillian Flynn has ruined me; I needed something more disturbing.

All in all, In a Dark, Dark Wood is still an entertaining read, a perfect way to spend a snowy day holed up inside, which is exactly what I did. I suggest you do the same and see if you can see it coming too!

Editor’s Note: In A Dark, Dark Wood is available in paperback April 19. 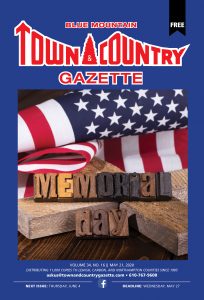