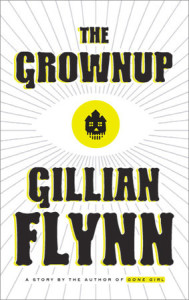 Fans are rejoicing for a new release by the best-selling author of Gone Girl, Miss Gillian Flynn. However, it’s not really new per se, as the short story The Grownup originally appeared in Rogues, an anthology of short stories by a collection of authors.

The main character in The Grownup is a nameless con artist who performs both aura readings and sexual favors for a living. Things take a sharp turn towards creepy when a troubled woman named Susan walks into “Spiritual Palms” seeking help. She is deeply disturbed by her new Victorian home and is convinced her equally disturbing stepson Miles is somehow involved. When our con artist visits the eerie home to perform “cleansings,” she soon realizes she is in over her head. Can she escape before it’s too late?

The thought of The Grownup was particularly exciting because one, the queen of twisted and creepy delivers a ghost story…yes please! Two, it is a short story, coming in at just 62 pages. That was all the intrigue I needed to put in a hold request at the library. I was a little nervous to read this story as I assumed Gillian Flynn would scare my pants right off; she has a way of casually dropping bombs that just chill me to the core. About 75% of her short story did not disappoint, with a creepy little boy that vomits in people’s purses and scuttles around like an insect, and an old Victorian home that sometimes drips blood from the wall. Flynn even throws in one of her famous, crazy woman plot twists, and then about two more plots twists after that, all within 62 pages. However, the ending fell completely flat. I don’t want to give it away in case you plan on reading it, and if that’s the case, please do not buy this book. Go to the library for about a half hour to read it, and then you can leave and go home disappointed.

Flynn’s voice was as clever, cunning, and witty as usual, and despite such a short page count, her character developments were rich and concise. The ending was just so ridiculous and absurd that I can’t call The Grownup a good story. It felt as though Flynn was only allowed to take up 62 pages and was unaware of this until over halfway through the story, so she had to slap an ending together and throw it in there. I felt like Flynn spent a lot of time on the main character’s backstory in the beginning—much valuable space that could have better served the story justice later on.

If The Grownup had been a full-sized novel with a more satisfying ending, it could have really blown my mind. Unfortunately, and I’m sorry Gillian Flynn because it hurts my heart but, The Grownup packs a weak punch and I’m thankful for only spending 20 minutes on it. 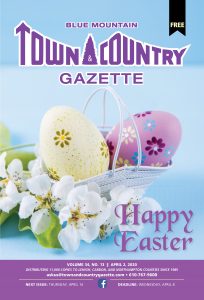